Day one of racing at the 7th anniversary of the Mickey Mart Rewards Cavalcade of Stars in Norwalk, Ohio is officially in the books. Michalek Brothers Racing’s Kyle kept the Champion Spark Plugs A/fuel dragster straight and true down the groove in his lone run of the day and guided it to the provisional #2 qualifying position with a stout 5.398 second pass at just under 260mph.

MBR has partnered with Dreher Racing, a staple in the NHRA Top Alcohol Dragster class, for this event and prior to the first qualifying run, Kyle had never driven their car. When all was said and done, Kyle was thrilled with the results of his first ever A/fuel dragster competition run.

“It felt great to get a good lap under our belts today. This was a huge confidence booster for me being my first race and my first lap in a new car,” said Kyle. “The Dreher’s are true professionals and MBR is very pleased to have been given an opportunity to drive their race car.” 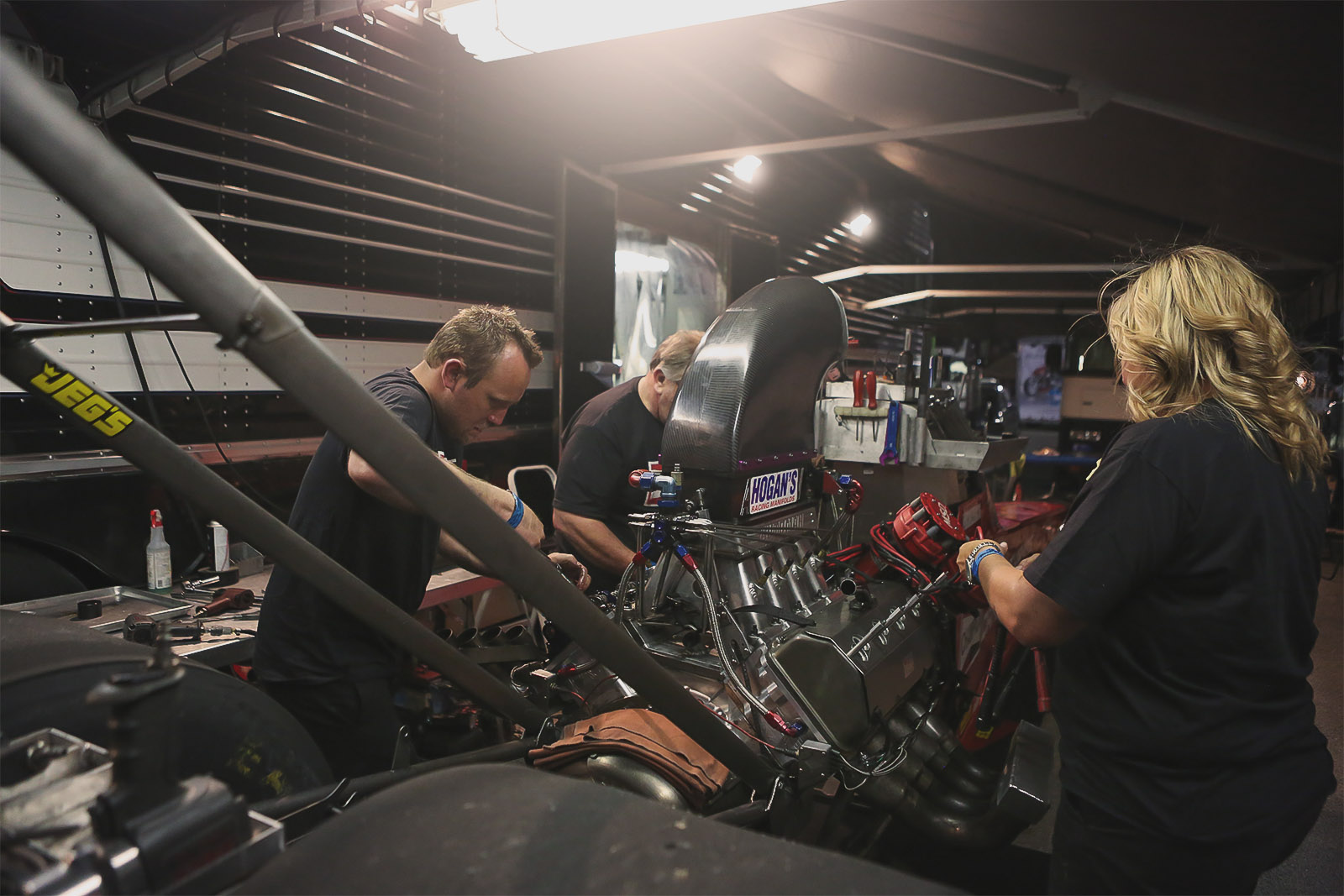 The Dreher Motorsports gang gets their 3,500 horsepower A/fuel dragster buttoned back up and ready for another day of qualifying tomorrow after a stout 5.39 second lap to kick off the weekend. (Photo credit: David Smith)

The Champion Spark Plugs paint scheme that the team is running this weekend has already been a hot topic among the the lively Norwalk crowds walking through the facility’s sprawling pit area. The unmistakeable bow tie brand mark has been an instant conversation starter and the the 2014 Search for a Champion contest keeps gaining momentum as the team spreads the word to racers on the grounds.

“I am really pleased with the response we have gotten from other racers and fans regarding the appearance of the Champion paint scheme. One fan who works at the Champion manufacturing facility in Cambridge, OH told me he was really excited to see the Champion bow tie front and center on our race car.”

Racing resumes Saturday for MBR with runs at 4PM and 8pm and eliminations get underway on Sunday at 1PM.