Over the course of five years in the early-2000’s, Michalek Brothers Racing (MBR) made a habit of turning in dominant performances in the state of Texas while working as pit crew members for Mark Thomas Racing. During the span of 2003-2007, MBR racked up an impressive résumé with 2 victories, one runner-up, one semi-final appearance, and one quarter-final appearance. Now, after a 7 year absence from the Lone Star State, MBR arrives in Houston with a hunger to continue its history of success; this time in the driver’s seat.

Michalek Brothers Racing driver Kyle Michalek is gearing up for a weekend of new opportunities as he zeroes in on the 28th annual O’Reilly Auto Parts NHRA SpringNationals. Michalek, entering his third season behind the wheel of the Dreher Motorsports A/fuel dragster, will be making his 2015 debut in Texas, the state that he now calls home. This event also marks the first race west of the Mississippi for an MBR driver, bringing along with it a new batch of competitors different from the list of drivers the team has become accustomed to lining up against in the Midwest and along the east coast.

“I’m really looking forward to getting back in the driver’s seat and taking on new competition at a new facility,” said Kyle. “We have experienced success in Texas before and we’re looking to pick up right where we left off. They say everything is bigger in Texas; a win here would be just as big as any we’ve had up to this point and there’s no reason we can’t put the KAG car in the winner’s circle this weekend.” 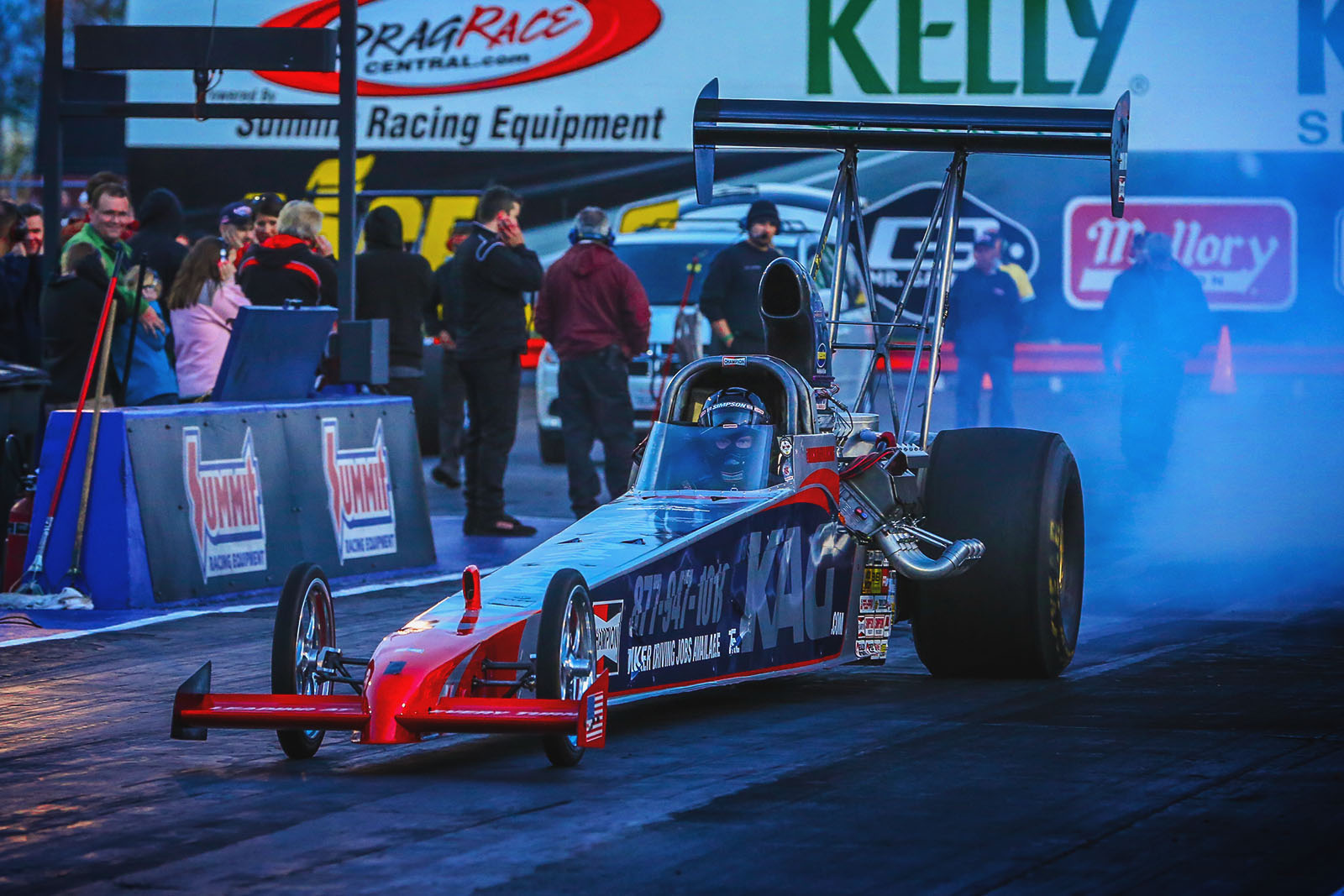 MBR rolls into Houston with primary sponsorship from the Kenan Advantage Group (KAG) looking to not only succeed on track, but also on a mission to help North America’s largest tank truck transporter and logistics provider in its pursuit to find qualified applicants to join its team. KAG will have a full team on site in Nitro Alley to engage and interact with prospective employees. Any current CDL holder is encouraged to stop by the KAG booth to learn more about job opportunities and for a shot to win a free iPad mini.

“They say everything is bigger in Texas; a win here would be just as big as any we’ve had up to this point and there’s no reason we can’t put the KAG car in the winner’s circle this weekend.”

“We are really looking forward to spreading the good news about all of the exciting career opportunities at KAG again this year,” said Kyle. “There really is something for everyone from owner operators, to company drivers, mechanics, and tank washers; KAG is a growing company eager to tap into the talented NHRA fan base. I’m excited to talk to fans in person at the track about these opportunities; however, if you can’t make it to the track you can still get in on the action by visiting www.thekag.com/race to learn more!”

MBR races into Royal Purple Raceway in Houston, Texas (Get Directions) for its second stop on the 2015 tour. In addition to partnering with the Kenan Advantage Group, Champion Spark Plugs, Speed-Pro, Fel-Pro, and Sealed Power, and GoPro cameras, will be featured on the side of the Dreher’s injected-nitro machine.

Kyle Michalek kicks off the event this Friday with two qualifying runs at 11:30AM and 2:30PM. The team takes the track for its third and final qualifying pass at 11:00AM on Saturday with the first round of eliminations following soon after at 5:30PM. The eight remaining Top Alcohol Dragsters will then battle it out for the Wally with the final three rounds of eliminations taking place on Sunday at 1:00PM, 2:15PM, and 3:30PM. Reserved and general admission tickets are on sale and can be purchased here (Get Tickets).